by admin
in Cover Profiles, The Most Prominent Telecommunication Solution Providers Cover Story
0 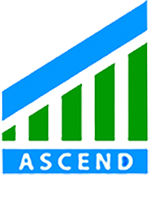 While the telecommunications sector has grown fiercely from the early 2G days to the high-speed 4G networks today, it has gone through numerous challenges and turbulences over the years. Industry players who entered the field with 2G networks ran out of steam soon due to the severity of the investments and huge spectrum hiring charges. Consequently, many mergers, shutdowns took place in the period that eventually lead to the emergence of larger players.

At present, the Indian Telecom market has consolidated and is optimized with 3+1 Telco’s and 5 IP’s. Further, our communication industry is ready for 5G rollout and accompanied by new generation services.

Such development and surge in growth of the telecommunication industry compelled us to bring forth “The Most Prominent Telecommunication Solution Providers in 2020.” And we couldn’t be happier to commence this issue with a major player in the industry. We would like to introduce Ascend Telecom Infrastructure, a leading service provider of telecom infrastructure in India.

The firm holds an IP-1 license issued by the Government of India, under Infrastructure provider Category-1. It is a Towerco managed by professionals with a combined experience of 300+ years, Promoted by New Silk Route Partners joined by GIP (US based Fund houses) , having operations PAN India, covering all telecom circles with offices at all State HQ.

Ascend entered the industry focusing on delivering Infrastructure as a Service. Being incorporated in 2002, the firm faced its own set of challenges including establishing Master Service agreements with Telecom Operators, understanding the long gestation of Infrastructure investments, fundraising from various institutions, designing of towers & approvals, managing the logistics of site-building and equipment supplies to large geography like India, establishing offices and setting up the Operations Network Pan India.

By the year 2010, the company was successful in building its team across five states with their head offices at Hyderabad, rolled out over 1000 cell sites, which came to be very lucrative to the operators in terms of Mobile cellular business.

Building experience upon the eight-year stint, Ascend undertook an expansion program via the inorganic acquisition of another industry leader ITIL having operational 3000 tower sites across many states. After the acquisition, the firm emerged as a cognizable player in the field with almost 4000 sites in Pan India. The synergy of this mega acquisition made Ascend a dominant player with all Opco’s being on board.

Building ahead of their commitments and impressing the customers with Service Levels that exceeded the expectations, Ascend went on to build a significant revenue base, with over 5000 sites and over 10000 tenancies by the year 2016. Scouting the markets constantly, they have successfully acquired many accretive portfolios.

Providing a sustained program of Grid assurance, Ascend has maintained with over 98% of its sites on the grid, giving one of the lowest energy costs in the industry.

Today, the business commands the sector with many industry firsts in both Infra development, Energy supply solutions, remote management, Green initiatives and building an excellent team of professionals in the telecom infrastructure industry, marking their dominance on quality of build and business excellency thereby a preferred business partner of all Telco’s.

“We have demonstrated one of the most successful Business evolution , constantly innovating and differentiating , thereby creating robust, dynamic revenue streams and a future ready network in  the Indian Telecom Infrastructure domain ensuring sustained growth in the years to come”

Since 2012, Dr. Sushil Kumar Chaturvedi (V.S.S.M) has been overseeing the Group Chief Executive Officer duties at Ascend. He is an accomplished Telecom professional with 35+ years of global experience having led National and International Telecom organizations. Under his belt, he carries a Bachelor’s in Electronics & Telecommunications Engineering with Honours from NIT Kurukshetra, India; MBA degree from prestigious New York Institute of Technology, USA, and Ph.D. from Ecole Supérieure Robert de Sorbon, France. Furthermore, he has been bestowed with the President’s Medal (V.S.S.M) for distinguished Telecom services.

Prior to Ascend, he served as the Chief Executive Officer for ORG Informatics Ltd, managing Telecom/System Integration Business of India, diversified into Satellite services in Belgium and South-east Asia. As Vice President of GDSS Inc. USA. Dr. Chaturvedi pioneered and deployed triple-play services across geographies in Africa and SE Asia. An ITS, as Director of BSNL, introduced cellular services and Optical fiber connectivity.

As Telecom Advisor of the International Telecommunication Union (ITU) was responsible for Telecom development of SADC (South African Development Countries). As a Design Engineer, he was a key member of the Joint Indo Soviet Space program, Avionics Design Bureau, Hindustan Aeronautics Ltd.

Having acquired the skill sets and proven expertise during the professional career, he had the opportunity to lead in management positions owning the responsibility end to end. For him, ‘Leading from the front’ and ‘walk the talk’ approach had always yielded the right results.

“We pioneered  a bouquet of Green initiatives with industry-first Wind chimneys which effectively eliminated Airconditioning needs, along with unique distributed solar  solutions  reduced  the power demand across the sites”

Under core values, the firm keeps customers firsts and employees at heart while exceeding customer’s expectations and ensuring sustainable business through clear business objectives, adopting innovative work practices, and continuous improvement. The firm also believes in effective delivery through collaboration and teamwork and the value that the customers and partners repose on it.

Ascend has always believed in building its bouquet of tenancies with a balanced portfolio from all players in the industry and successfully managed these industry transitions without much impact. Leveraging technology, creating state of art ITOC, Automation sustained operational excellence, and innovative energy management, the firm has maintained its position as a leading Infrastructure provider, despite being an independent player.

Ascend follows the policy to enable a win-win business with its customers with extremely aggressive commercial proposals; giving exemplary flexibility to its customers that they pay as per use. This has helped the customers to expand their network in new geographies and expand the capacity cost-effectively with the business/traffic growth. Recording the least churn and exits despite the turbulence is a testimony to ascends resilience of their business models and Infrastructure quality.

Ascend has always sought to be a one-stop-shop for all customer needs. From its early days, Ascend developed a bouquet of solutions for customers making cost-effective proposals to suit their needs including both indoor and outdoor solutions. With an Industry lowest Construction cost, Tower designs according to the customer need, fastest time from Order to Operate, supported by well-managed site availability, impeccable energy supply supported with over 2 MW of renewable energy, and with over 75% of their sites supported with Green initiatives, the well-structured strategies adopted and practiced by Ascend, have ensured sustained improvements in profitability over the decade.

Ascend has always driven the business with the primary goal to provide the lowest TCO to their customers throughout the lifetime of the sites, enabling every site to be a profit center, with the correct mix of tenancy and infrastructure.

“We are a proud industry-leading preferred partner with state of art ITOC, Remote management of Tower operations , delighting the customers with best uptimes in diverse geographies. Managing uninterrupted energy supply through complete site automation, with lowest TCO across the industry”

Understanding the trends in the Technological developments and the industry developments, Ascend has always been the first to adopt themselves to the changes and ensure their growth with the changes.

In the past, Ascend, with its futuristic and accretive rollout process, promoted building a large share of their cell sites on rooftops, was able to provide flexible and cost-effective transitions to the operators migrating from 2G through 3G and 4G and is 5G ready.

Ascend has also been able to see opportunities very early in many areas of Emerging new Business streams in telecom and pitched with operators to provide cost-effective solutions. Offering ultra-fast delivery of pole sites to cater to Small Cell business which has emerged as the backbone of the 4G proliferation, Ascend has built their capabilities in all geographies, building these sites that can go operational in less than seven days from planning enhancing the GO To Market plans of customers.

For Ascend, the future is very exciting and loaded with opportunities. It is fully geared to maximize it’s potential through Organic and Inorganic expansion and be at the pole position.

Best of 5 Creative Architectural Firms to Watch In 2020

The Most Recommended Pharma and Life Science Solution Provider In 2020

The Fastest Growing Payment and Card Solution Provider in 2020

Why work from home important during COVID-19!

Arbe: Suited for Every Level of Vehicle Autonomy or Class

Alertgy: Measuring Blood Sugar Levels with an App on a Smartphone